We have the best 'cookies' and we're not afraid to use them!
Cookies are used to make sure your visit to Muziker was a pleasant experience and not a nightmare. Thanks to them, we will remember your preferences and not offer you golf balls if you're looking for cello strings. Use our website and give us full consent to the use of cookies. More information.
Accept all cookies
Settings

Strats, TLs, LPs, Vs, SGs, Superstrats, semiacoustics, Jazzmasters, Jaguars and other beasts. Electric guitars come in many shapes and colors, with many woods, pickups, bridges and other enticements.It is therefore not hard to lose your way for good when buying one for the first time. Take it easy, we shall help you pick the right guitar – first we must find out what instrument is right for you.

How to choose, when I do not know what sort of music I want to play with my guitar?

What characteristics of electric guitars influence the overall sound?

Perhaps you now know what guitar model is for you, but before you dedicate yourself to the purchase,consider the individual parts of an electric guitar. Perhaps you will find something to inspire you or point you in the right direction. Every guitar model is made in several configurations. This allows you to combine aesthetics with the sound that harmonizes with you from the get go.

Electric guitar bodies and necks are usually made from so-called “tonewoods”. These woods can “listen” to your play and then transfer the sound along in various ways. Every wood transfers the sound-vibrations in a different way, this influences the final sound of the instrument. So, what are the characteristics of the various woods?

Knobs and a glossy metal or plastic tab – if see this part of the guitar, then you are looking at the pickups. These small parts of the electric guitar influence the overall sound of the instrument the most, so be especially careful with your choice. Luckily there are only three main choices to pick from.

How the construction influences the overall sound of the guitar. Turn the guitar around and inspect how the body and neck are connected. What do you see? Cobs construction allows easy servicing, it is comfortable, but it loses some part of the vibrations through transport and a loss of vibrations leads to a shorter sustain. If you pick a glued neck, you gain an extremely long sustain, but in case of an incident it is going to be harder to repair it. It is the same with a running neck construction, where the neck makes up the main part of the guitar's body. As you suspect, resonance and sustain rise into the red. However, it is also the same in case of a repair of such a neck due to an unpleasant accident. The guitar’s amot body can have a huge impact on the final sound. The body can be made from a solid piece of wood or constructed similarly to an acoustic guitar – with a hollow or semi-hollow body. Solid guitars probably appear more frequently. Instruments with this type of body are reliable and resistant to feedback. Their sound is sharper and more vigorous, but the actual woods do not manifest to such extent in the end, as is with semi acoustic guitars. Semi acoustic guitars are instruments that may have a completely hollow or semi-hollow body. Due to their construction, the wood has a major impact on the overall sound. As a rule, it is a softer and a more natural tone. Semi-hollow guitars are also equipped with a central block of wood, which significantly helps with feedback control, as these instruments are more likely to experience feedback.

Strings
I have achieved an understanding of electric guitars, but are strings really that important? Yes, they are! Strings are to a guitar what a transmission is to a bicycle. If you play lightly and do not need to rely on a dozen-second-long sustain, you can relax with a clear conscience at smaller thickness – such as 9 or 10. 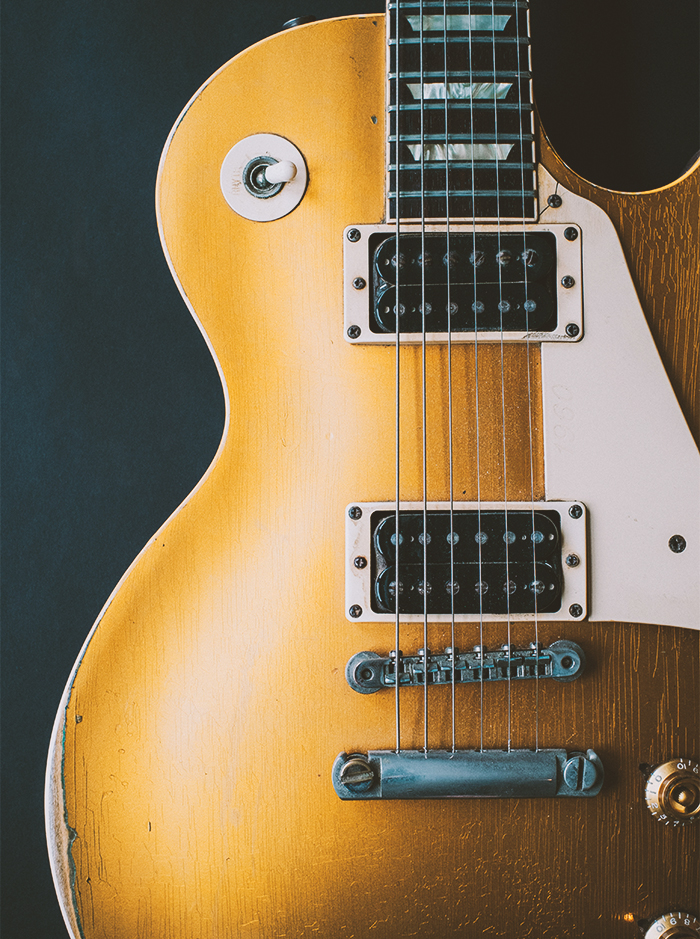 Is there an instrument that is universally considered as a good choice?

Yes. Most guitar players in the world go through their Strat or LP period sooner or later. Or through both. Guitars of such a type are considered to be the ultimate classic, tried throughout the decades. If you pick up one of the model shapes, it is very likely that you will be satisfied. If the longevity of the strings or your comfort is important for you, you should look for strings with a special coating, one that protects them from corrosion and contamination. Such sets are however less bright than uncoated ones.

Is just a guitar sufficient for me, or do I need anything else?

If you want to sound as if you were playing on metal strings, then yes. Every electric guitar needs an amplifier or a combination of an amplifier and a speaker - known as a combo. To connect these two essential tools you also need a cable. The fun begins for real only after connecting an effects unit, it makes an electric guitar one of the most versatile instruments. Choose the right combo and the right effects unit and make full use of your electric guitar!

Don't miss out on great deals. Activate your notifications.
Not now
Activate